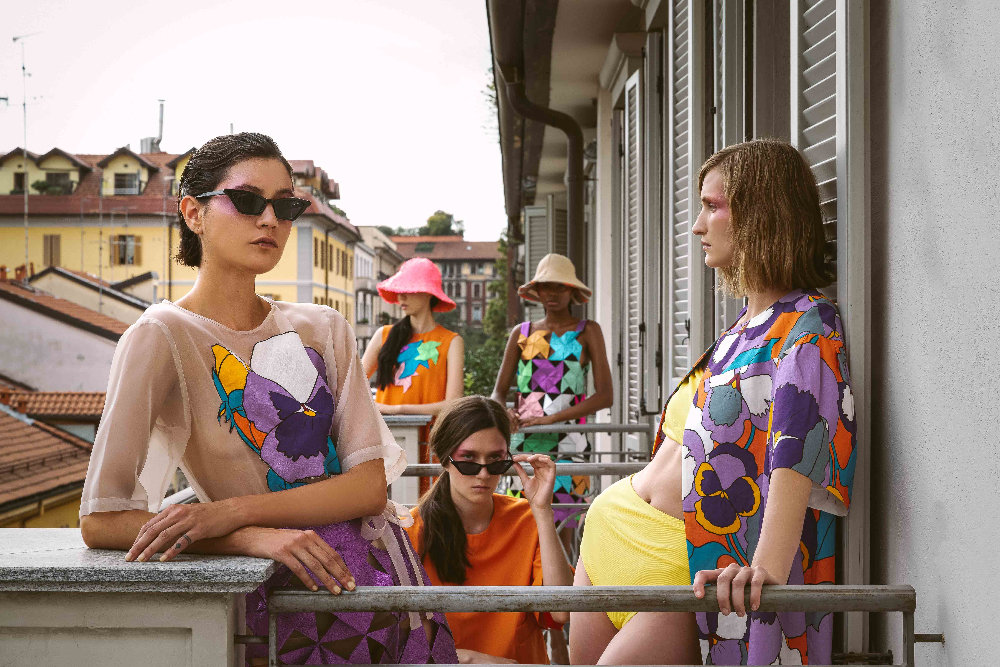 Gilberto Calzolari SS22 collection – three inspirations combined; never-ending Summers spent at the seaside, and in my mind I see the colorful clothes with bright oral prints that my mother use to wear, and on the other hand, I was inspired by the Summer breeze of the French Riviera in the 1960s: the years of icons such as Brigitte Bardot, directors such as Roger Vadim and avant-garde designers such as Pierre Cardin. Hence, the title of the collection, “Conte dt (A Summers Tale), another cinematic reference (ric Rohmer) in the name of a delicate and nostalgic memory. Finally, the third source of inspiration is strongly linked to the DNA of my brand, deeply rooted in the Milanese humus where I took my rst creative steps in the world of fashion, shaped by the image of a sophisticated and aristocratic woman, open to the most diverse cultural trends and international inuences.